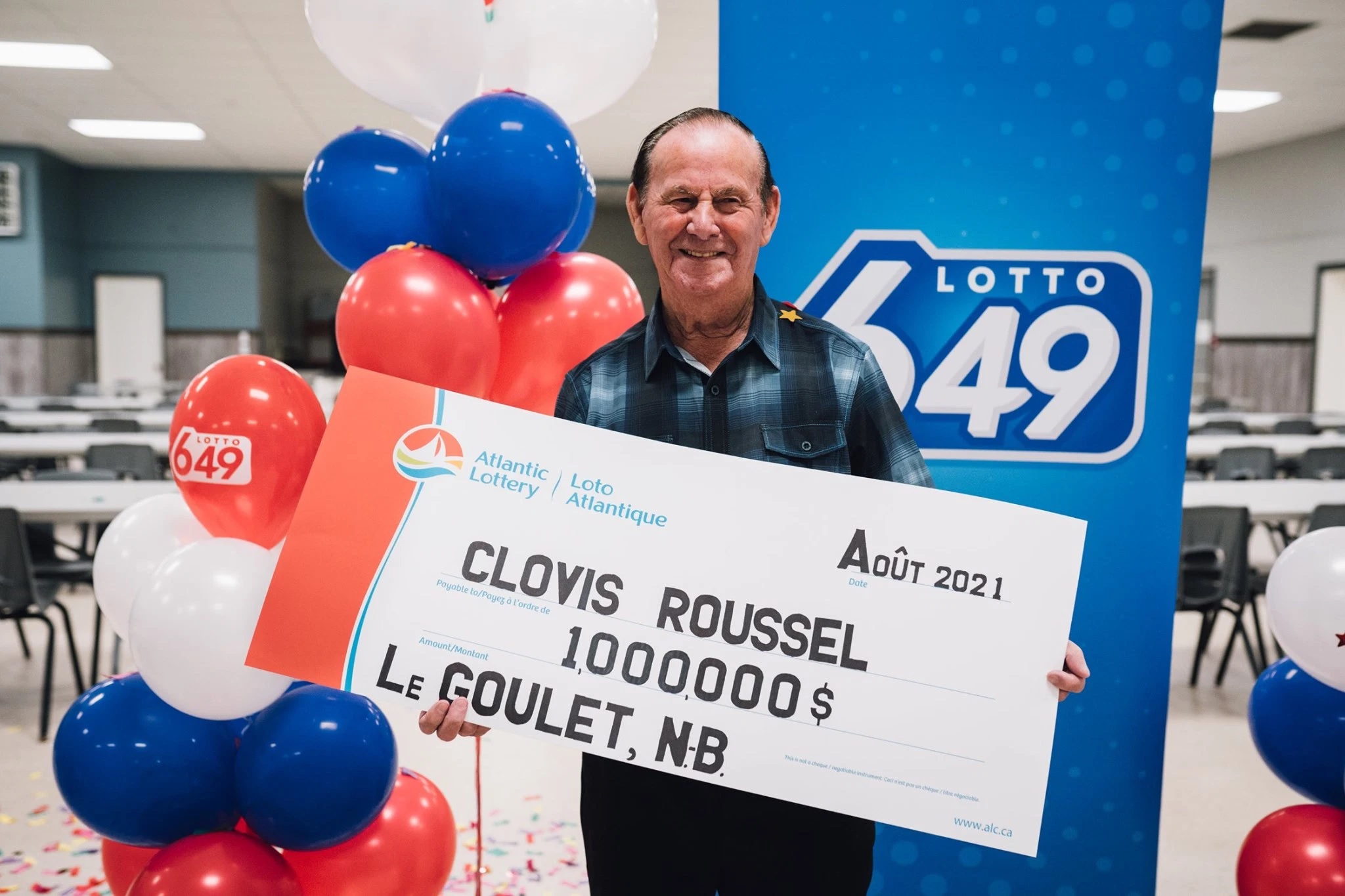 A retired fisherman, who began his working life at the age of 14, is planning to treat himself to a new truck now that he’s a millionaire. Clovis Roussel of Le Goulet, N.B. won $1M when he bought ticket for the Lotto 6/49 last week, and just claimed his prize from the Lottery organization.

“I really needed to see the money in my bank before I can really believe it and determine what I will do with the winnings,” he said in a news release. Roussel heard that someone in his village on the Acadian Peninsula had won the big million dollar prize, when his wife got a call from a friend asking if she knew who it was. The unexpected winner went to his local store to get his ticket checked, and found out he was THE Le Goulet’s big winner.

Then he went straight to his son’s house to share the news. Roussel says his five children are also in the lobster fishery and one of his sons couldn’t believe he was a winner. “I walked in and said to my son that I was going to buy myself a brand new truck and pay for it in cash because he could,” Roussel said. “He didn’t believe me, so I told him it was because I had won $1M.” He really thought i was making it up,’  he said to me. Show me the ticket, so his dad did, he took the ticket and he went on the computer to check the numbers for himself.”

Roussel is the 2nd biggest fisherman winner of the Lotto 6/49. In early August, another retired fisherman from the same village won $666,380 while playing Lotto 6/49.

What Global online jackpots would fish for when playing online at WeLoveLotto?