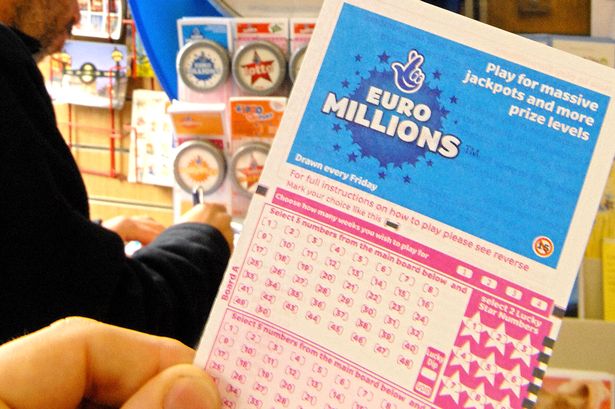 Over in Europe, jackpots for games like our favourites the EuroMillions and EuroJackpot are subject to some amazing prize tiers. You won’t be seeing the same earth-shattering amounts like you would across the in the US.

The biggest EuroMillions wins from the UK; Not forgetting that the lottery’s base currency is the euro (€), but if a UK player who lives in the UK, the prize is converted to its equivalent in GBP (£) – based on the exchange rate at that moment in time, and a special formula that accounts for the UK’s contribution to the total prize fund… some other exciting jackpots won by anonymous players…

A single winning ticket-holder has become the UK’s largest every lottery jackpot prize of £170 million, equivalent to €190 million. The lucky individual has chosen to remain anonymous – and rightfully so, as far as we’re concerned. The record-setting win was for 8th October 2019, where the numbers drawn were 7, 10, 15, 44, 49, with Lucky Star numbers 3 and 12. The winner managed to beat some very tough odds – 116,531,800 to 1, to be more exact– and is now richer than some of the country’s biggest stars, including singer Adele and actress Rachel Weisz.

The current record for the biggest lottery jackpot ever won in Europe went on 13th August again in 2019 SuperEnalotto. This historic jackpot was the result of 14 massive months worth of rollovers. Again 1 single lucky ticket-holder took home the massive prize.

The anonymouswinner, purchased their ticket in Bar Marino in Lodi, a city in northern Italy, with the number combination 7, 32, 41, 59, 75, and 76. They came forward to claim their prize 8 weeks after their winning numbers were announced!! Could you wait that long?

Play the worlds daily biggest jackpots and never miss out on a big win by playing at WeLoveLotto today – Could you be a single winning ticket holder!