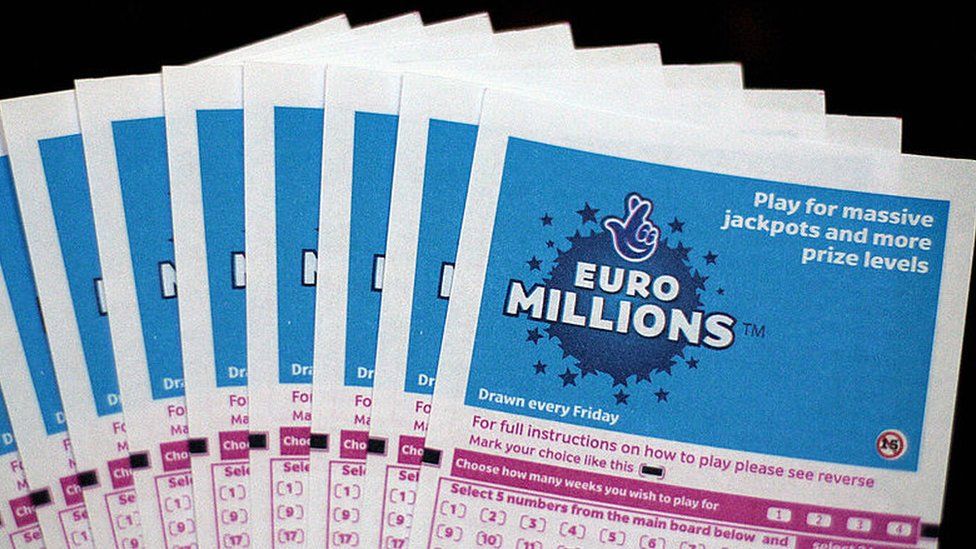 Imagine having this amount of money in your bank account! The lucky winner, who is remaining anonymous, has become the UK’s 5th biggest winner of the National Lottery prize.

The claim will go through its usual validation process, including checks to ensure the game’s terms and conditions were met, Andy Carter, senior winners’ adviser at the National Lottery, said: ‘What a weekend for one lucky player. ‘They have become the 5th biggest winner in UK National Lottery history and have a fortune which can make any of their dreams come true.

The eye-watering £122.5M win will put the winner in the top 1,000 on the Sunday Times rich list. It is the 2nd UK EuroMillions jackpot winner this year, after another lucky ticket-winner won the £39M prize in the draw on New Year’s Day. This lucky winner, may wish to celebrate with wine, flowers & balloons but now could afford a bottle of Krug Collection 1988 champagne, at £890 a bottle, and a Cullinan flower bouquet for the modest price of £20,000. While holiday bookings are still a bit touch-and-go for this summer, they could treat their partner to their own private island, in the Bahamas – costing £43M – which they could afford to buy, twice. The highest ever UK winner claimed a jackpot of £170M in October 2019, but chose to stay anonymous as well.

Colin Weir and wife Chris, from Largs in North Ayrshire, claimed the 2nd highest prize – £161M – in 2011. The couple set up the Weir Charitable Trust and made a donation to a community football club in Largs before Mr Weir’s death in 2019 after a short illness. Adrian and Gillian Bayford, from Suffolk, took home more than £148M in 2012 and the 4th highest UK winner – who took home £123M – also anonymous. The record for the highest amount ever won on EuroMillions was set in February this year 2021 when a Swiss player took home €210M.

Play global games at WeLoveLotto today! You could be luck enough to hit the jackpot…